City review: A day in Saigon 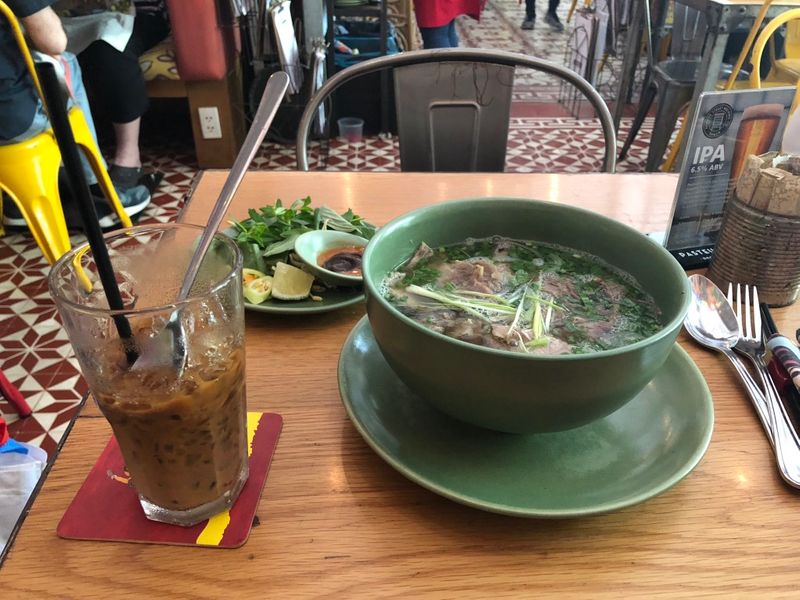 One question: Why do Vietnamese put so much sugar in their coffee? I noticed this when I lived in Panama too. Is it a tropics thing or just a coincidence?
Walking in Saigon
It was a hot day but surprisingly pleasant to walk around the city. Saigon is draped in trees, and most of the streets are very human scale. The best part is that it's just so darn colorful! So much to look at on the street, so much stuff going on.
Saigon felt much more familiar than Beijing. This surprised me, because from afar it seems further from American cities in n-dimensional space of economic/historical measures. Perhaps the reason for this was a history with more French/European/American influence. It also may have been as simple as "I felt more physically comfortable there due to the reasons I noted above", which has less to do with similarity and more to do with comfort. Whatever it was, I generally felt more "at home" in Saigon than I did in China's capital.
An said that Hanoi has more traditional architecture than Saigon. I heard this repeated by several people, and I'm unclear if by traditional they meant French colonial architecture or historically Vietnamese. Either way, I'm now curious to visit Hanoi as well to compare the experience of being in the city.
I primarily stayed in District 1. I would’ve liked to experience more of the other districts, but I didn’t have particular destinations in mind and didn’t have a ton of time. Curious to compare notes with people who have spent more time outside of District 1! 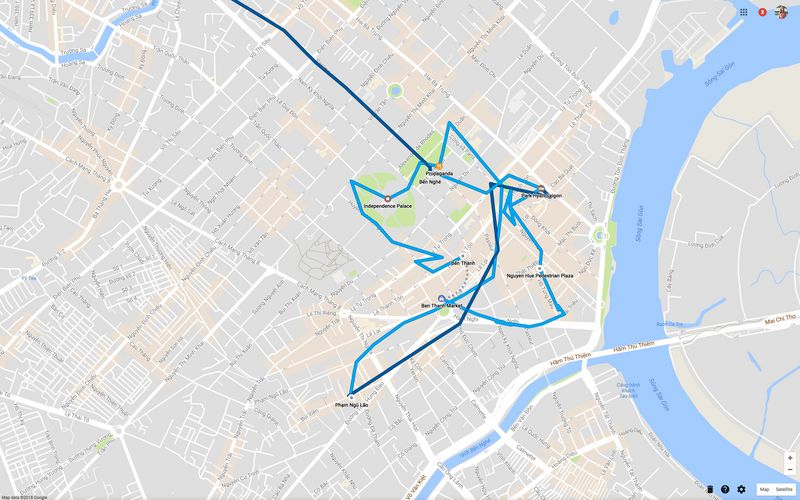